I came round in Xiamen city at about 5 a.m., disrupted by something outside.  Piped music had started playing over some tinny speakers.  I looked out of the window.  A solitary man ran towards a wall, and then ran backwards to where he had started before.  Of course : they do their exercise routine in the morning, like in Japan.   There was no way I was going to get any sleep now, was there ?  I flicked through the flat TV at the end of the bed.  Only one channel is in English here, and they are already showing a repeat of a documentary I saw yesterday.

The day faced a dissection by the 2 p.m. start of my train journey up to Hangzhou (24 hours ! Surely the longest I have ever been on a train ?)  What to do with the morning, then ?   I had read of the Nanputuo Temple, a little out of town, which was also near a photography museum, so I packed and went down to breakfast.  It actually looked like last night’s dinner : fried vegetables, some prawns in pepper sauces, and great hunks of tofu.  I nibbled warily at both before settling for the relative security of a boiled egg and a bun full of some sort of fruit paste.  There wasn’t a cup of coffee or tea in sight.

Feeling slightly short-changed, I took a cab with relative ease to the temple.  Although I was there shortly after 8 a.m. (when it opened), the place was heaving with tourists.  As if staying in their own country gives them more excuse to behave even more outrageously than usual, Chinese tourists took pictures of each other with a ferocity and previously unseen disregard for the tourist attraction in question.  Sweat streamed off me like it was raining…and I wouldn’t be changing out of these clothes till tomorrow afternoon.

After registering my disgust with my video, I found the Ethnic Chinese museum, mercifully empty and air-conditioned with a fascinating view of Chinese communities abroad.  We’ve all been Chinese for years, apparently, but have not realised it.  I was back in the hotel by midday via a rather pathetic attempts to take street life photos : I can’t do video AND still stuff simultaneously, it’s as simple as that.  I caught a cab uptown to the train station, and my heart sank when I saw a massive queue outside.  But then I was shown to an air-conditioned waiting room !  I had paid for a soft seat on the train after all ( I dread to think what the alternative was).  I talked to some Canadians and we were duly called for our trains.

Initially my compartment showed promise.  A family of four soon joined me and from then on the situation deteriorated.  The grandmother in question kept on serving up snack after snack.  They kindly gave me a plum or two, but it got a bit ridiculous when she pulled out a pot full of prawns and crabs, and started wolfing them down, complete with hideous crunching and slurping sound effects.  Everybody kept jumping up and down all the time.  I dozed off for half an hour, then went for a bit to eat with a bloke in the compartment, who struggled in vain with his English. 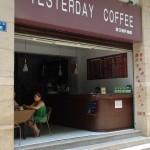 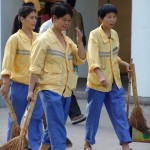 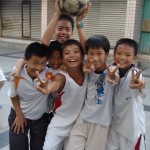 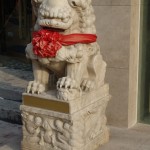 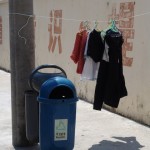 For all the change in situation from the last 9 days, I slept miraculously well.  Mind you, with the day we’d had, it was not surprising.  The stomach seemed to have calmed down slightly, and I dared to have something resembling coffee and a bit of dried up bread with jam, but drew the line… END_OF_DOCUMENT_TOKEN_TO_BE_REPLACED

Surely the overriding reason for coming to Kars must be a trip to Ani, a strange, ghostly plain of buildings left over from the former Armenian capital, but now deserted for centuries.  Like any site that has been primped and preened by expectation, the danger lay in my initial, gut reaction.  And that was one… END_OF_DOCUMENT_TOKEN_TO_BE_REPLACED

If I thought I had cleverly missed the bus ride from hell by flying here, I was today sorely mistaken.  The bus left at 7 a.m., and not knowing how difficult  or otherwise it was to get a bike to haul me and my gear up there, I actually decided to leave the hotel at… END_OF_DOCUMENT_TOKEN_TO_BE_REPLACED