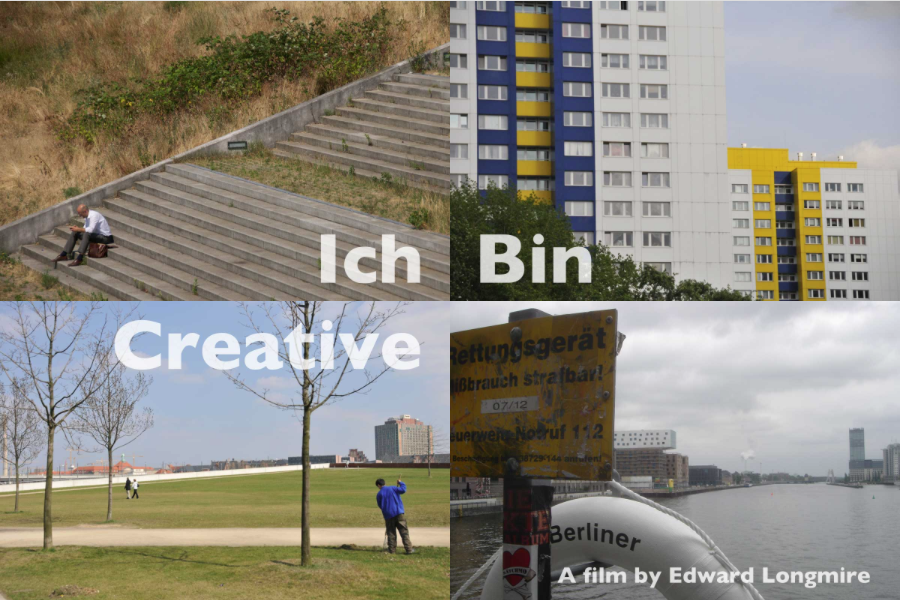 Creativity. What is it ? A bird ? An aeroplane ? An addiction ? None of the above. It’s a condition. And it can control you.

Berlin has long been mooted as the coolest city on the planet. For generations, artists and frustrated artists have come here to find their voice and swap the creative energy that abounds on the streets.

But is it as easy as people would have you believe to live and work in Berlin ?  For every success and career and breakthrough, there has to be a supreme effort on the part of the artist to make it happen.  And it is on this struggle that the documentary focuses.

A cross-section of the Berlin art scene was selected : criteria for selection was based on the subject’s accessibility, and the extent to which their work reflected the Berlin of the new millennium. After shooting for most of the second half of 2010, Edward returned in the fall of 2011 for further shooting, exploring how each character’s timeline had developed. He also took note of the accelerating pace of gentrification going on in the city over the shooting time of the project. Overall, 120 hours of footage were shot in the course of the production.

A lot of documentaries don’t finish up the way they were initially envisioned : Ich Bin Creative started off as a piece about foreigners living in Berlin.  What it ended up as was an insight into the quest of the human spirit to express itself, at whatever the sacrifice.  Edward initially also hand-selected a number of inhabitants, who were not artists, but certainly long-term dwellers of the city, although it was decided ultimately to focus on the artists based in Berlin. This may later be used in a separate, companion piece to the project.

We live in an age where it’s never been easier to reach the public with our art… if they want to see it, that is. After all, anyone can buy a video camera and make a film these days, can’t they?